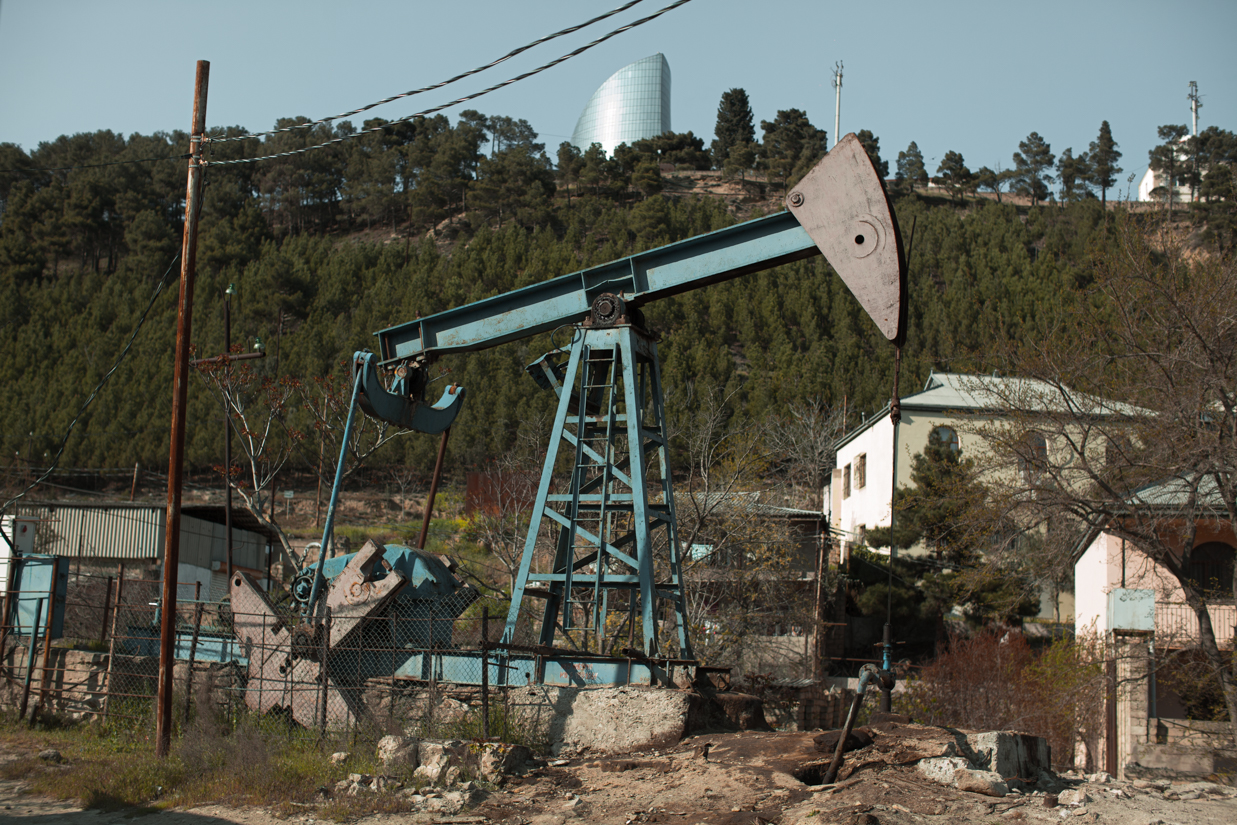 Bayil -
BEHIND THE HILLS
On the horizon of the district between old, handmade fences and the sky, you can see the newly built glass skyscrapers in the bright light of the coastal center of the city, as if portending future innovations of Bayil.
Construction on the territory assigned to the Maritime Department began in 1858 and in a short time the general contours of the admiralty and the port began to emerge, as well as the shape of the quarters built directly outside the military settlement. This marked the beginning of the formation of an independent military-administrative and residential area of the city. The layout of Bayil was formed with its main parts - the port with the admiralty, the administrative-public zone and the residential territory with officer and sailor quarters.

The first residential parts in Bayil formed along the road that runs from the Bailovsky cape to the mosque in Shikhovo. The formation of the Black City and the opening of oil fields in the Bibi Heybat region stimulated the expansion of Bayil towards Baku. In the years 1870-1880, this road acquired industrial significance - oil began to be transported along it from the Bibi-Heybat fields to the factory territory in the Black City. In the opposite direction they brought construction materials and fishing equipment. Along the road there were rows of eateries, tea houses and shops for workers and small-scale employees associated with the fields. By the end of the 19th century, the residential part occupied steep slopes and developed towards the city, which went beyond the borders of its lands and merged with the surrounding areas, while the center of Bayil remained in the port area. Year after year, the former energy center, then a rich source of oil becomes a modern coastal residential area.
Up to the present time, people who settled in this area were living alongside with existing oil pumps. Due to the lack of a complete sewage system and the formation of anthropogenic hills during the construction of the new television tower, landslides periodically occurred, in connection with this, currently an active relocation and landscape change is underway. Previously located outside the city, the prison where "Koba" after known as I.Stalin was confined and escaped in 1903. About 30 years later the administrative region was named after him - Stalinskiy. Subsequently, cell number 39 became a museum, but in 2009, during the construction of the Flag Square, the Bailovskaya prison was destroyed and thereby erased the material evidence of Stalin's stay in this place. Now here is the southern entrance highway and the flag square with the former highest flagpole in the world.
This area interested me with its way of life and the atmosphere of the 80s-90s. There were still small courtyard groceries, taxi-escalators operating mainly in the Bayil, taking residents along steep streets on the hillsides. On the horizon of the district between old, handmade fences and the sky, which is a symbol of the future, you can see the newly built glass skyscrapers in the bright light of the coastal center of the city, as if portending future innovations of Bayil.
Bayil, Baku 2019-2020
THANK YOU
Made on