I have been witnessing this Caspian pollution time by time from my childhood. From 2016 while walking on the Caspian side in the early mornings, a silent voice of the sea asked me to show its pollution. We usually prefer not to see unpleasant things and considering the economy of my country is based on oil, there was no earthly reason to complain about this fact. From that time, I was looking for an aesthetic way to draw attention to this problem.

Time passed and again in one silent quarantine morning, I found myself at the right time in the right place. Xazar showed pollution as beautiful as it cannot be imagined, - with the reflection of the symbolic landmark of the country. On one hand, we are building gorgeous, shiny constructions, while on the other hand discard the stain to the surface of our priceless gift from mother earth - Xazar, Caspian sea.

The first oil slick on the asphalt sent me to the Caspian Sea.
The first experience of the diptych - pollution on calm sea. The second photograph of the diptych - an oil membrane on windy sea.
Waving paper of a physical print, stopping time to as much as possible repeat the surface of the sea with spots to make it accessible to see.
I think this is how fish see oil stains from under the surface.
For the experiment on the purification of the Caspian water, taking water into a plastic bottle with a letter inside, with the last sips of a water floated the feather with the intent to write the following words.
Like a decisive frame Xazar showed pollution as beautiful as it can not be imagined, with the reflection of the symbolic landmark Flame towers. On one hand we are building gorgeous, shiny constructions extracting oil, but on the other hand discard the stain to the surface of bakuvian priceless gift from mother earth - Xazar, Caspian sea.
Sharing my observations and experiences with Leyli, some days later I got this poem in my mailbox. Reading these words I have faced known feeling. Same feeling when I heard a silent voice of Xazar.
VOICE
LEYLI SALAYEVA
I'm suffocating!
Why can't I feel the sun?
It heats me up,
but it doesn't get in.
Phytoplankton -
Are you alive? Do you grow?
I feel alone.
People!
You hear me?
No, you only hear
Roaring waves
Its my cry of pain
While the fish in their silence
Vanish in disbalance
Oil is coating the feathers
This is how birds are tethered
My body is all stained
The colors entertain you
Shapes of toxic spectrum
Mesmerizing!
Suffocating…. 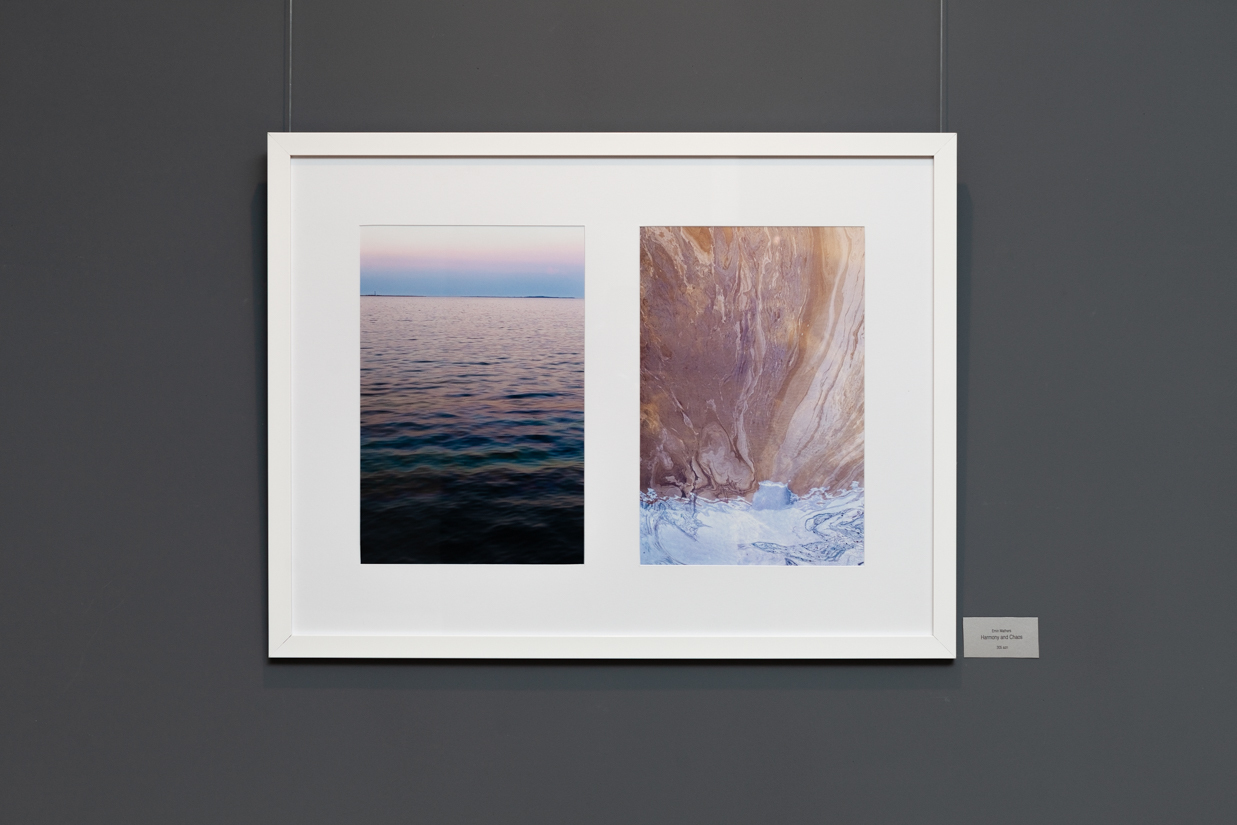 On paper found in Caspian the handwritten poem, by the author giving voice to the sea. 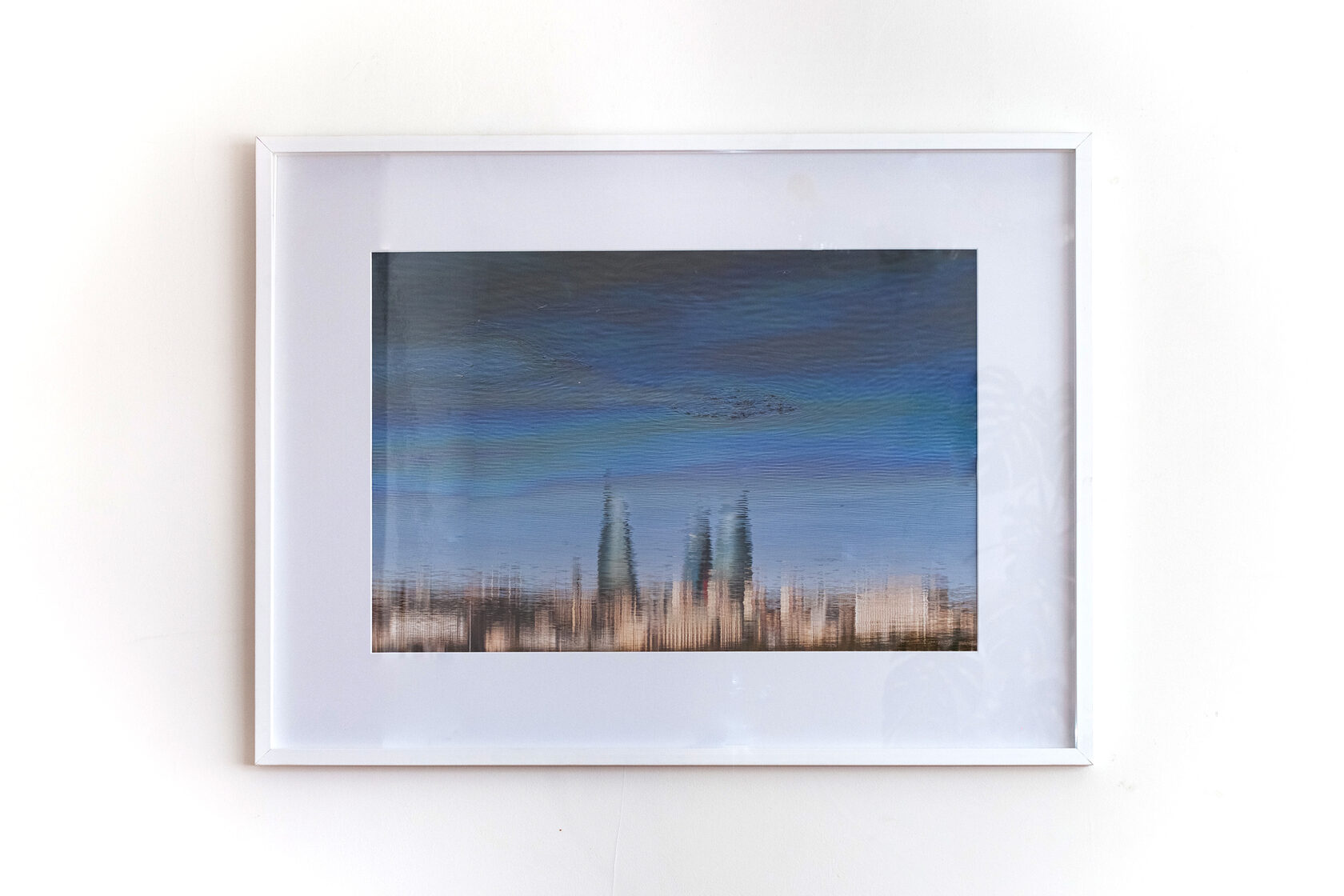 Share your opinion, comment or idea on this topic. Every answer is valuable.
Exhibitions and publications
The series is being exhibited on different platforms to attract more public attention through aesthetics. I am open to cooperation, if you can contribute please contact me.
F.99, IKONOSPACE

Oilbow on "Watch to hear" exhibition 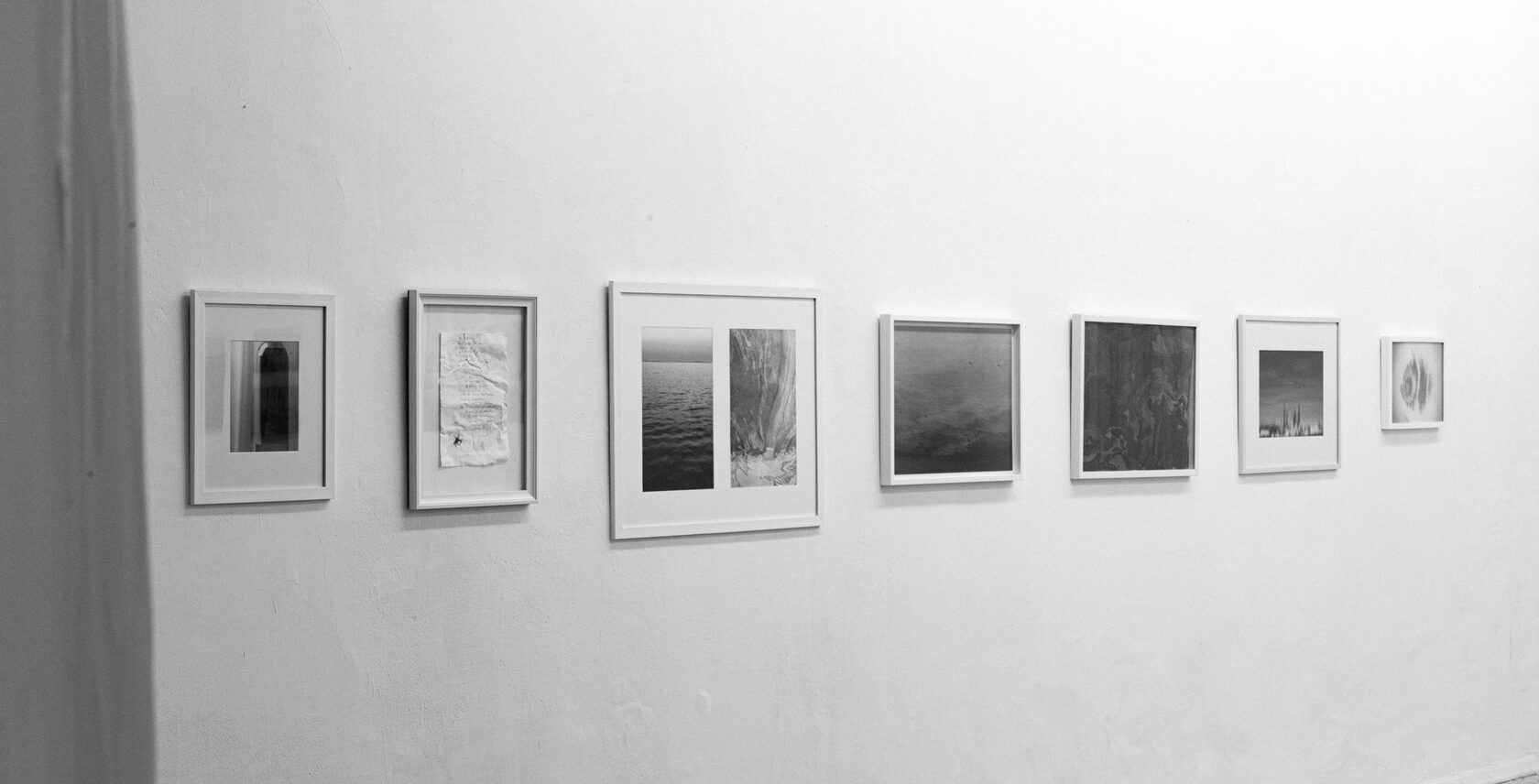 Xazar / Oilbow in virtual gallery of F.99 in Google Arts and Culture